A Tour of the English Lakes: with Thomas Gray and Joseph Farington 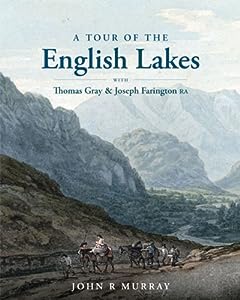 A Tour of the English Lakes: with Thomas Gray and Joseph Farington

In 1769 Thomas Gray (best known for his 'Elegy in a Country Chuchyard') made a tour of the English Lakes, and recorded it in a journal that is now widely accepted as the first example of modern travel writing. He delighted in what he saw and conveys vividly to us the lakes and the mountains through eighteenth-century eyes. A few years later the watercolourist Joseph Farington followed in Gray's footsteps and painted a series of key views along the way. These paintings, which were later engraved and published, are beautiful in the picturesque tradition, and, from a topographical point of view, are remarkably accurate, unlike the work of most artists of the time.

John Murray has brought together for the first time Thomas Gray's journal, Joseph Farington's watercolours, and the engravings after the watercolours that sold widely at the time and were key to the popularising of the lakes. In addition he has photographed Farington's views as they appear today, and it is remarkable how many of them are so clearly and still easily recognisable today.

Here is an unusual and original view of the Lake District, and one that has not been attempted before.

Alston Moor, Cumbria: Buildings in a Nor...

A Guide to the Stone Circles of the Lake...

Winter in the Lake District

only £20.00
Not Available
View Add to Cart
CERTAIN CONTENT THAT APPEARS ON THIS SITE COMES FROM AMAZON SERVICES LLC. THIS CONTENT IS PROVIDED 'AS IS' AND IS SUBJECT TO CHANGE OR REMOVAL AT ANY TIME.