Battlefield Britain - From Boudicca to the Battle of Britain (BBC Books) 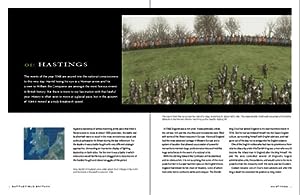 Battlefield Britain - From Boudicca to the Battle of Britain (BBC Books)

For much of its long history, Britain has been bloodily ravaged by war and internal strife: foreign invasions have devastated British society, bitter battles have been fought over social and political rights, and brutal warlords have torn the country apart in their struggles for dominance.

For the first time, ground-breaking computer graphics are used to recreate the ebb and flow of these famous battles in dramatic and vivid detail. Peter Snow, as well known for his strategic analysis as his swingometer, and Dan, a young military historian, combine their skills to form a unique writing team.

The Usborne History of Britain (Internet...

Houses of the National Trust

only £30.00
In Stock
View Add to Cart
CERTAIN CONTENT THAT APPEARS ON THIS SITE COMES FROM AMAZON SERVICES LLC. THIS CONTENT IS PROVIDED 'AS IS' AND IS SUBJECT TO CHANGE OR REMOVAL AT ANY TIME.